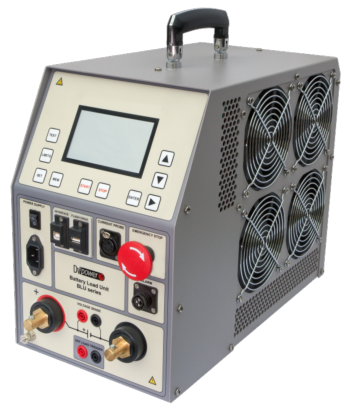 DV Power offers a wide range of battery capacity testers to meet specific customer needs. All of them are portable, powerful and most of all universal. Any battery string, such as lead-acid, lithium-ion, nickel-cadmium based and others, with voltages in the range of 0,9 – 800 V DC can be tested in an accurate, user-friendly way.

BLU battery testers enable setting the discharge current up to 350 A, with 0,1 A resolution. If higher currents are required, several units can be connected in parallel, or BXL additional load units can be used. Discharge parameters can be monitored in real-time during the capacity test. Overall battery voltage, current, elapsed test time and capacity will be presented during the entire test on a touch screen display.