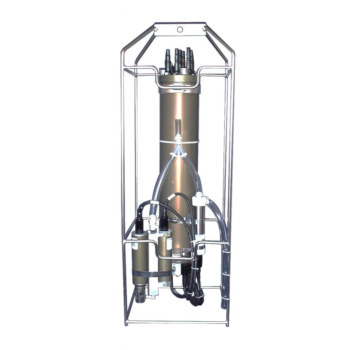 A CTD measures Conductivity, Temperature, and Depth. Despite the name, all CTDs actually measure pressure, which is not quite the same thing as depth. The relationship between pressure and depth is a complex one involving water density and compressibility as well as the strength of the local gravity field. The CTD data can be used to calculate salinity, density, sound velocity, and other parameters of interest. The term CTD is often used today to describe a package that includes the actual CTD as well as auxiliary sensors to measure other parameters (such as dissolved oxygen, pH, turbidity, fluorometer, altimeter, etc.) and a water sampler to collect water samples for later analysis in the lab. The term Sonde is sometimes used as an alternative to CTD.

We use cookies to optimize site functionality and give you the best possible experience.